Memories are a little sketchy but it’s generally agreed the Main Trunk Scramble has been going for 25 years. Entries flooded in from all over New Zealand necessitating a close off two weeks early. The format of Foursomes and Two Ball Best Ball on Saturday followed by Ambrose on Sunday, each scored as plus or minus par, is a winner. Usually there are some great scores after the first round but not this time. Surprisingly only 12 of the 72 pairs were in the red after the morning Foursomes round. The pace picked up with Two Ball Best Ball in the afternoon and was humming on Sunday for the Ambrose round.

Join us in celebrating our Centenary in 2021! Calling on members, past members and associates to help spread the word! 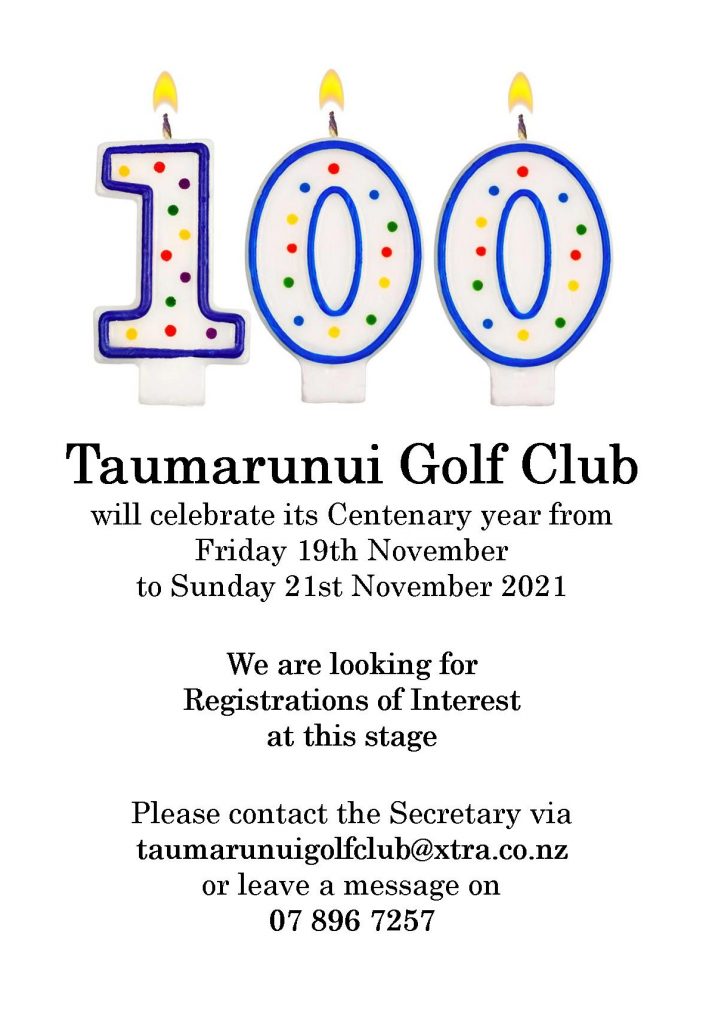